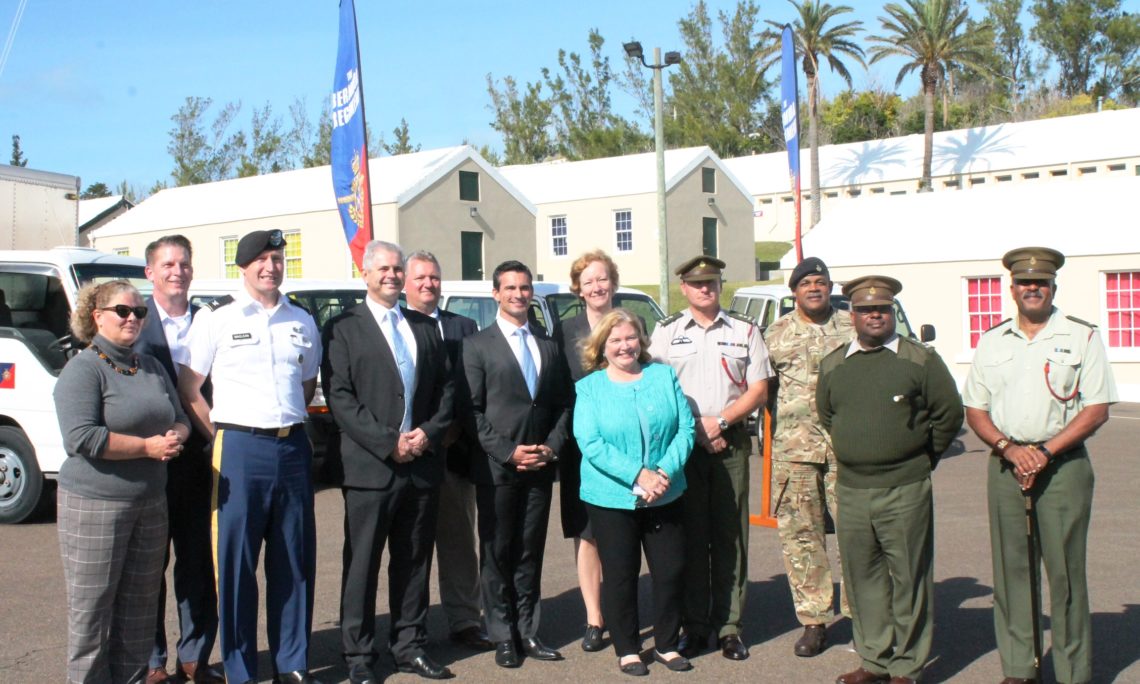 The U.S. military will next week hand over three refurbished vans and a truck to the Royal Bermuda Regiment (RBR).

The vehicles, three Toyota vans and an Isuzu truck, were formerly based at a U.S. Navy base in Japan and gifted to the RBR by the U.S. Northern Command (NORTHCOM).

They travelled thousands of miles to Georgia for a makeover before being shipped to Bermuda  for use by the island’s soldiers.

U.S. Consul General Mary Ellen Koenig said: “We are pleased to see the continuation of the long, strong tradition of close ties between the U.S. military and Bermuda. These vehicles will be used by the Regiment to provide support to relief efforts for events and emergencies across the island.”

NOTE TO NEWSDESKS: The handover will take place at Warwick Camp on Tuesday, February 7 at 2 pm. The media are welcome to attend.