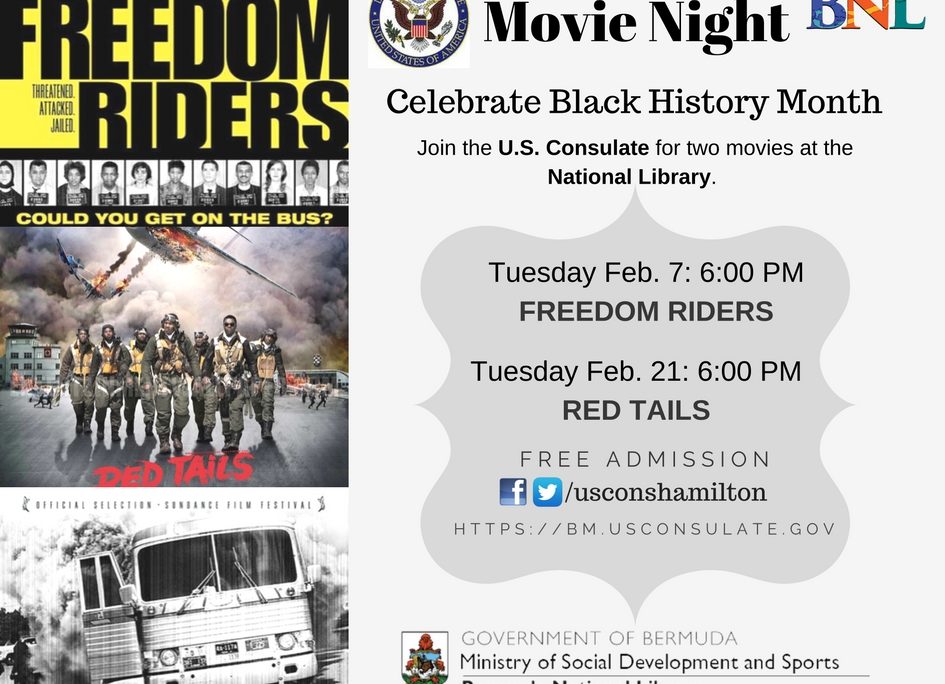 Freedom Riders, tells the story of the more than four hundred American activists who challenged racial segregation during the Civil Rights Movement in 1961. Americans, both black and white, traveled together in groups on interstate buses throughout the South, challenging local laws that enforced segregated seating. This movement provoked negative reactions in many communities causing the activists to be violently attacked and often times arrested.

Red Tails is a heroic movie about the first African American military aviators in the U.S. Armed Forces, stationed in Italy during World War II in 1944. Often struggling against discrimination, the pilots were finally given the opportunity to prove their skills in the sky during battle.

Admission is free. Due to limited seating, guests will be accommodated on a first-serve basis.