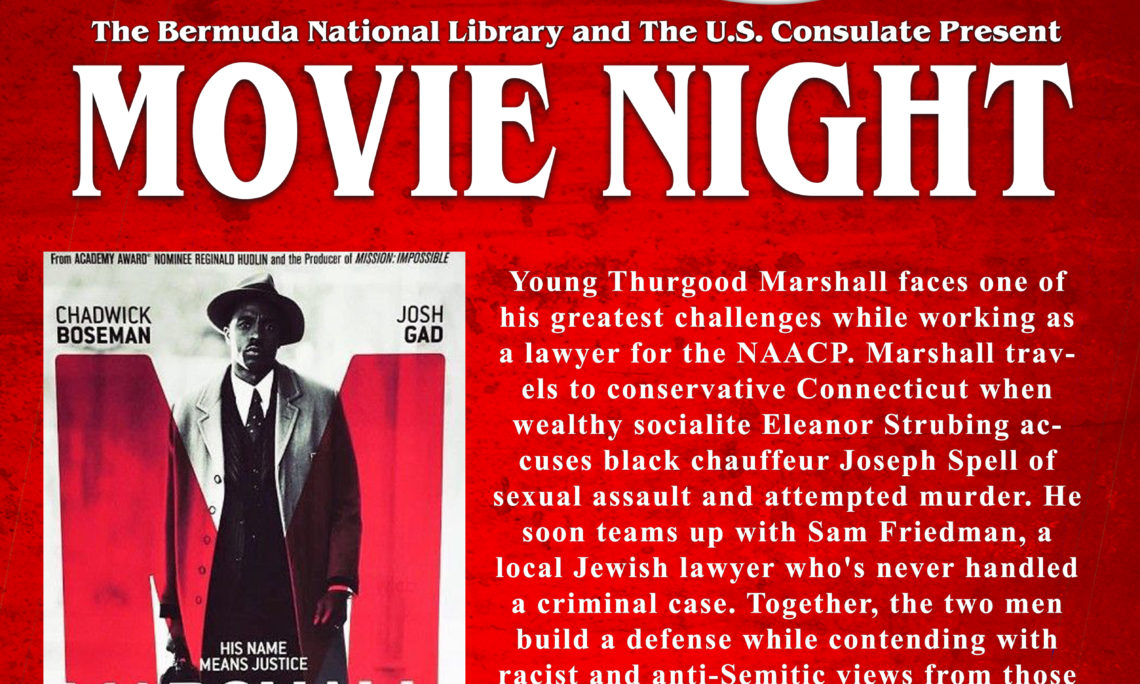 The Bermuda National Library and the U.S. Consulate will host a screening of the film Marshall in honor of Black History Month at the National Library on Queen Street on Thursday, February 22 at 6:00 p.m.

Marshall, tells the story of a young Thurgood Marshall as he travels across the U.S. on behalf of the NAACP defending African-Americans who have been wrongfully charged of criminal acts. The movie closely follows one of Marshall’s first major cases which took place in Connecticut. There, he teamed up with Jewish lawyer Samuel Friedman to defend a black chauffeur who had been charged by his employer – a wealthy socialite- of sexual assault and attempted murder. While fighting against the racist and anti-Semitic views of many in the local community, the two young lawyers learned to work together to defend an innocent man.

The high profile case featured in the movie and the enduring partnership with Friedman led to the  development of the NAACP legal defense fund. As legal counsel to the NAACP, Thurgood Marshall won the infamous court case Brown v. Board of Education – ending racial segregation in public schools in the United States in 1954. An American hero in the fight to end segregation in the United States, he later became the first African-American Supreme Court Justice in 1967 and served for 24 years.