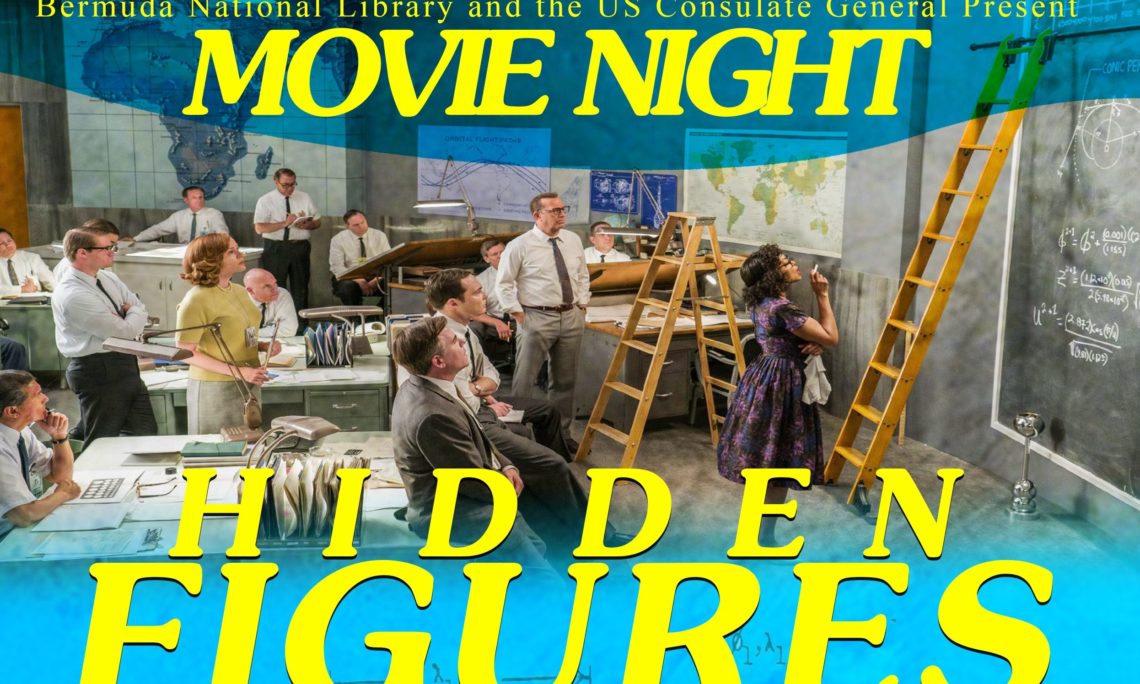 The Bermuda National Library and the U.S. Consulate will host a book donation ceremony followed by the screening of the movie Hidden Figures at the National Library on Queen Street on Thursday, June 15th at 5:30 p.m.

Hidden Figures, tells the story of three African-American women working at NASA who made major – previously unacknowledged — contributions to the heroic launch into orbit of astronaut John Glenn in 1962.

During his visit to Bermuda, retired U.S. Naval Officer, Commander Jim Jackson, will donate four copies of the Young Readers’ edition of this inspiring true story to the library’s collection. The screening of the film will follow starting at 6:00 p.m.

Admission is free. Due to limited seating, guests will be accommodated on a first-serve basis.