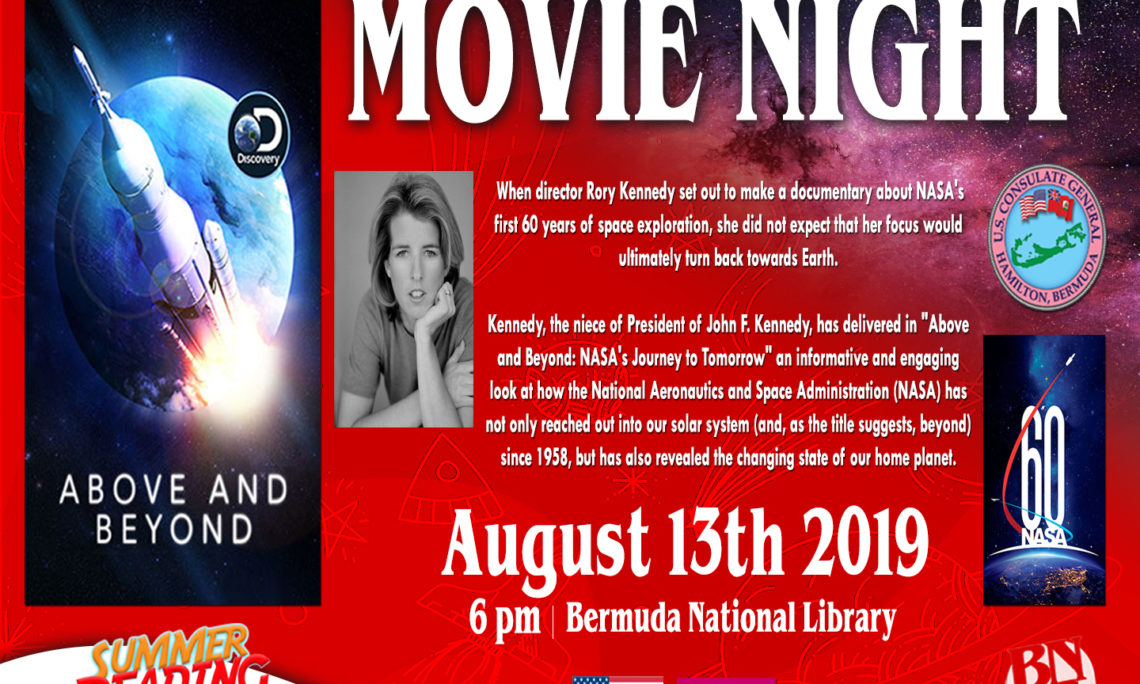 The U.S. Consulate and the Bermuda National Library will host a screening of Above and Beyond: NASA’s Journey to Tomorrow to highlight the 50th Anniversary of the Apollo 11 Moon Landing on Tuesday, August 13 at 6:00 p.m. at the National Library.

As the National Aeronautics and Space Administration (NASA) celebrates the 50th Anniversary of the Apollo 11 Moon Landing this year, Above and Beyond shines a spotlight on the historic institution which took us to the moon, to the surface of Mars and to the outer edge of our solar system and beyond. The film celebrates past accomplishments and investigates future initiatives while exploring the vital role NASA has played in measuring the health of our home planet.

Directed, produced and narrated by Academy Award nominated and Emmy-winning Rory Kennedy, this film examines the extraordinary ways NASA has changed not only our vision of the universe, but also our planet and ourselves.

The U.S. Consulate General Hamilton continues to highlight Apollo 11 this year along with the U.S. State Department, the Smithsonian and NASA. Above and Beyond is part of the American Film Showcase (AFS) which brings award-winning contemporary American documentaries, independent fiction films to audiences around the world. Funded by the State Department’s Bureau of Educational and Cultural Affairs and produced by the USC School of Cinematic Arts (SCA), the Showcase highlights the value of film in fostering understanding and cooperation, dialogue and debate.