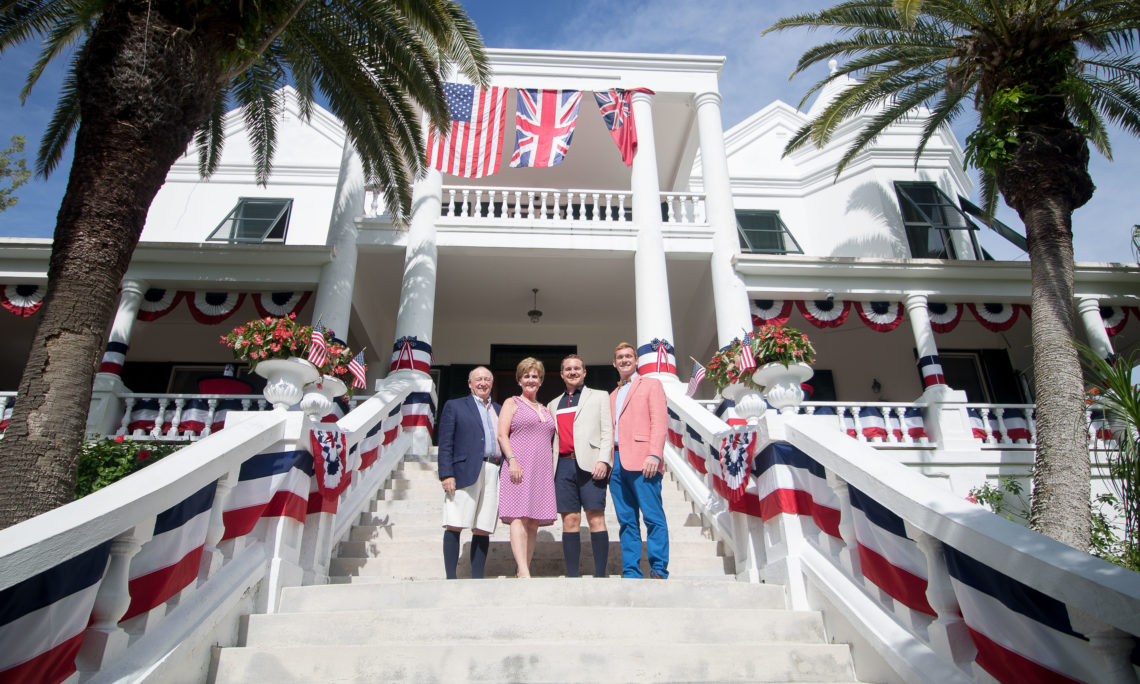 On July 3, the U.S. Consulate held its annual Independence Day celebration at ‘Cedarhurst’, the Consul General’s Official Residence. Newly appointed U.S. Consul General Constance Dierman and her husband Roger, hosted the event where they were introduced to many special guests and welcomed to Bermuda.
Independence Day is a federal holiday commemorating the adoption of the Declaration of Independent on July 4, 1776. This most popular American of holiday is usually marked with red, white and blue flags, fireworks, parades, and backyard barbecues across the country, in addition to various other public and private events celebrating the history, government, and traditions of the United States.
Take a look at how the Consulate celebrated America’s 242nd birthday this year.