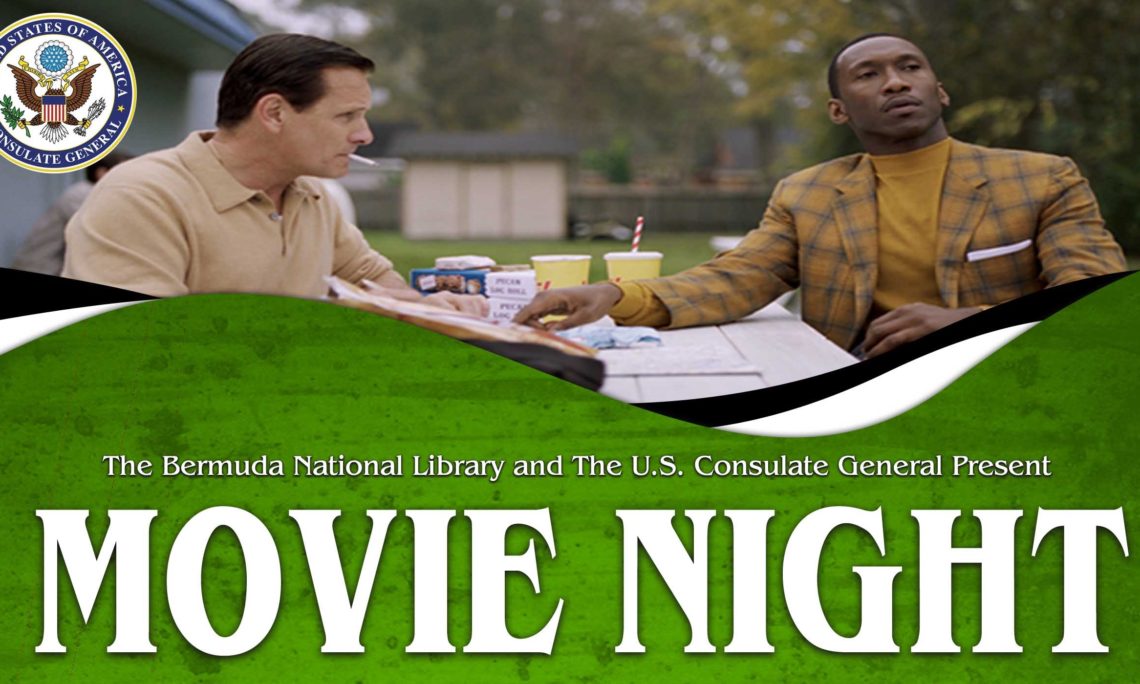 The United States Consulate General and the Bermuda National Library invite you to attend a special screening of the award winning film “Green Book.”

As Dr. Don Shirley, a world-class African-American pianist, embarks on a concert tour through the Deep South in 1962, he recruits a bouncer from an Italian-American neighborhood in the Bronx to work as his driver and protection. Despite their differences, Dr. Shirley and Tony Lip develop an unexpected bond while confronting racism and danger in an era of segregation.

Throughout their journey the pair relied on The Negro Motorist Green Book: An International Travel Guide, known as “The Green Book,” to guide them to establishments that were safe for African-Americans during the Jim Crow era.  Although Victor Green’s initial edition only encompassed metropolitan New York, the “Green Book” soon expanded to Bermuda, Mexico and Canada. The 15,000 copies Green eventually printed each year were sold not just to black-owned businesses but to the white marketplace, implying that it made good economic sense to take advantage of the growing affluence and mobility of African Americans.