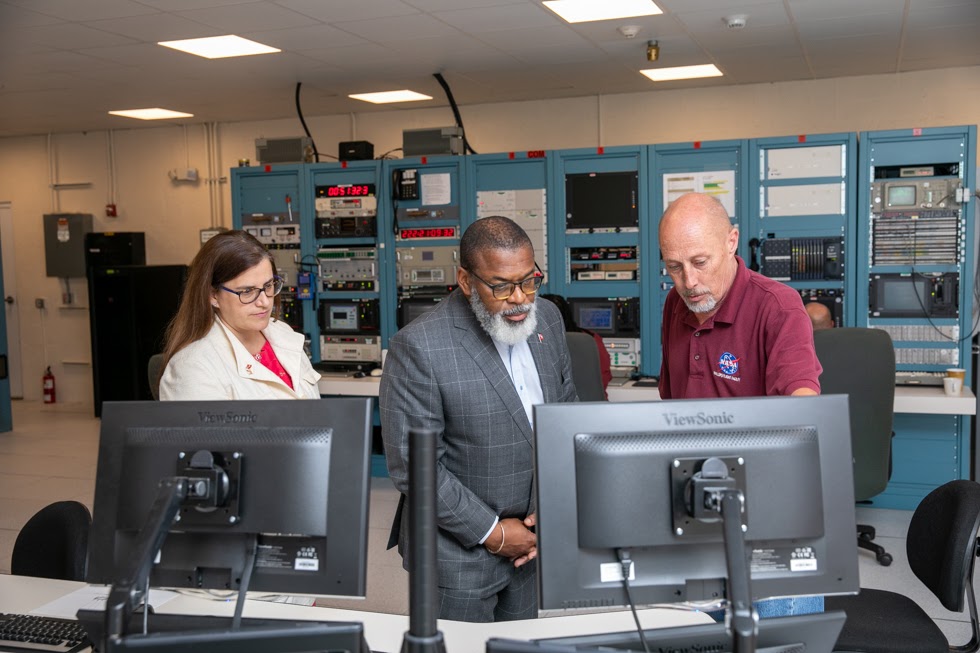 At 7:01 p.m. (AST), the Wallops Flight Facility in Virginia launched a Northrop Grumman Antares rocket carrying a Cygnus resupply spacecraft which will deliver 8,200 pounds of research, crew supplies and vehicle hardware to the International Space Station and its crew.

Following the launch, U.S. Consul General Grissette remarked, “It was so exciting to observe my first launch and to watch the NASA team hard at work. I am so proud of the cooperation between Bermuda and the United States in support of space exploration and scientific discovery.  The NASA Tracking Station in Bermuda is critical to NASA’s launch operations.”

“The NASA tracking station has been operating in Bermuda since the 1960s,” said the Minister of Home Affairs, the Hon. Walter Roban, JP, MP. “I was proud to witness this long-standing partnership in action. On behalf of the Government and people of Bermuda, I look forward to continuing our involvement with NASA in support of human spaceflight and space exploration.”

In the moments leading up to the launch, U.S. Consul General Grissette and Deputy Premier Roban had the opportunity to virtually engage with Wallops’ Chief of Range and Mission Management Office, Shannon Fitzpatrick, while observing live operations from the control room in Virginia.

Northrop Grumman’s sixteenth contracted cargo resupply mission will support dozens of new and existing investigations to the International Space Station. NASA Television, the NASA app, and agency’s website will provide live coverage of the spacecraft’s approach and arrival beginning at 4:45 a.m. AST on Tuesday, August 11.  The rendezvous and capture of the Cygnus spacecraft at the International Space Station is scheduled for 7:10 a.m. AST Thursday, August 12.

The NASA Tracking Station at Cooper’s Island, Bermuda is a critical component of NASA’s monitoring of current and future missions, including the use of launch vehicles, which are designed to deliver satellites and rockets into orbit and supplies to the International Space Station.

The International Space Station is an accessible space laboratory with unparalleled capability that is increasing knowledge of engineering and physical sciences, biology, the Earth, and the universe through intense research and technology demonstrations and providing the foundation for continuing human spaceflight beyond low-Earth orbit.

The CRS-16 Cygnus spacecraft is named in honor of American astronaut Ellison Onizuka, who was the first Asian American to fly in space.