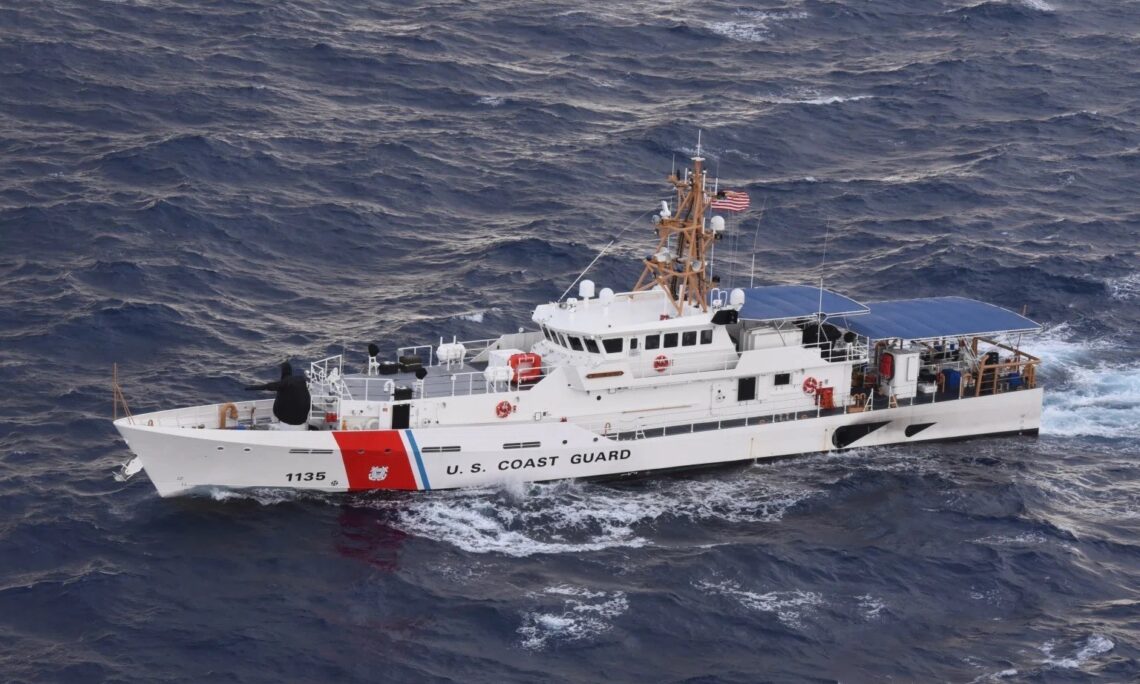 The cutter will be the first of three Coast Guard ships that will patrol seaward of the Bermuda Exclusive Economic Zone (EEZ), which extends 230 miles from shore. The joint operation will expand upon the long-standing U.S.-Bermuda partnership, as well as emphasize protection of the environment and living marine resources in this region.

“It was an honor to meet Rear Admiral Dickey and her staff, along with the U.S. Consul and her staff,” noted Deputy Premier Roban.  “This operation begins a new chapter of cooperation with the U.S. Government in supporting illegal, unreported fishing and other unacceptable activity in our waters.  All is as a result of a meeting held with the National Climate Advisor to U.S. President Biden, Gina McCarthy, at COP26 where we discussed matters important to Bermuda and the United States.  The willingness of the United States to support Bermuda in our effort to oversee our EEZ is in step with our centuries’ long relationship as neighbors.  My gratitude on behalf of the people of Bermuda extends to the U.S. Consul’s Office in Bermuda for facilitating these meetings and the support we will get from the United States Coast Guard.”

As the worldwide demand for fish as a protein source continues to grow, IUU fishing will have a profound impact on the security of all countries with a maritime boundary. Left unenforced, IUU fishing will threaten global geo-political security, undermine maritime governance, and impact a nation’s ability to achieve domestic food security.

“We’re excited to join with Bermuda to help detect and monitor potential IUU fishing in the region,” said Rear Admiral Dickey.  “As we each work to safeguard our respective Exclusive Economic Zones, we’re fortunate to build on our long-standing relationship to partner together in this effort to protect global fish stocks and promote adherence to international rules.”

“The United States is proud to partner with Bermuda to promote security and lawful conduct in the Atlantic region,” added U.S. Consul General Karen Grissette.  “Reinforcing the United States’ security partnership with Bermuda is one of my top priorities, so I am proud to welcome these U.S. Coast Guard cutters to advance our shared interests.  This important operation is one more tangible demonstration of the close security collaboration between Bermuda and the United States.”

The Sentinel-class fast response cutter (WPC) is a key component of the Coast Guard’s offshore fleet that is capable of deploying independently to conduct missions that include port, waterways and coastal security, fishery patrols, search and rescue, and national defense.

*The original press release listed the U.S. Coast Guard Cutter Rollin Fritch as the cutter arriving on April 6, but it is the Angela McShan.