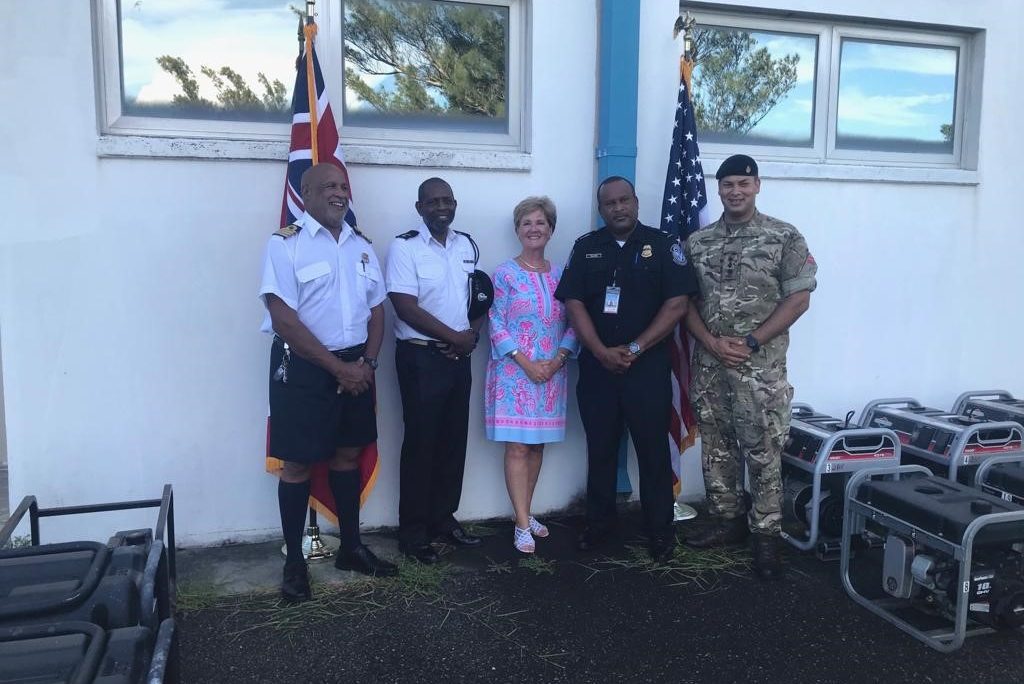 The U.S. Consulate General Hamilton hosted a donation ceremony at the L.F. Wade International Airport on July 25. The Consulate, through the U.S. Customs and Border Protection (CBP), presented the Bermuda Police Service, Royal Bermuda Regiment, and the Customs Department with portable gasoline generators to assist with Bermuda’s emergency preparedness operations.

U.S. Consul General Constance Dierman and CBP Port Director Cletus William addressed the significance of the donation, especially during this year’s hurricane season. Port Director William commends the partnership between CBP and the Bermuda Government, “U.S. Customs and Border Protection enjoys a great deal of success in our mission here in Bermuda due to the support of our local Government partners,” he says.