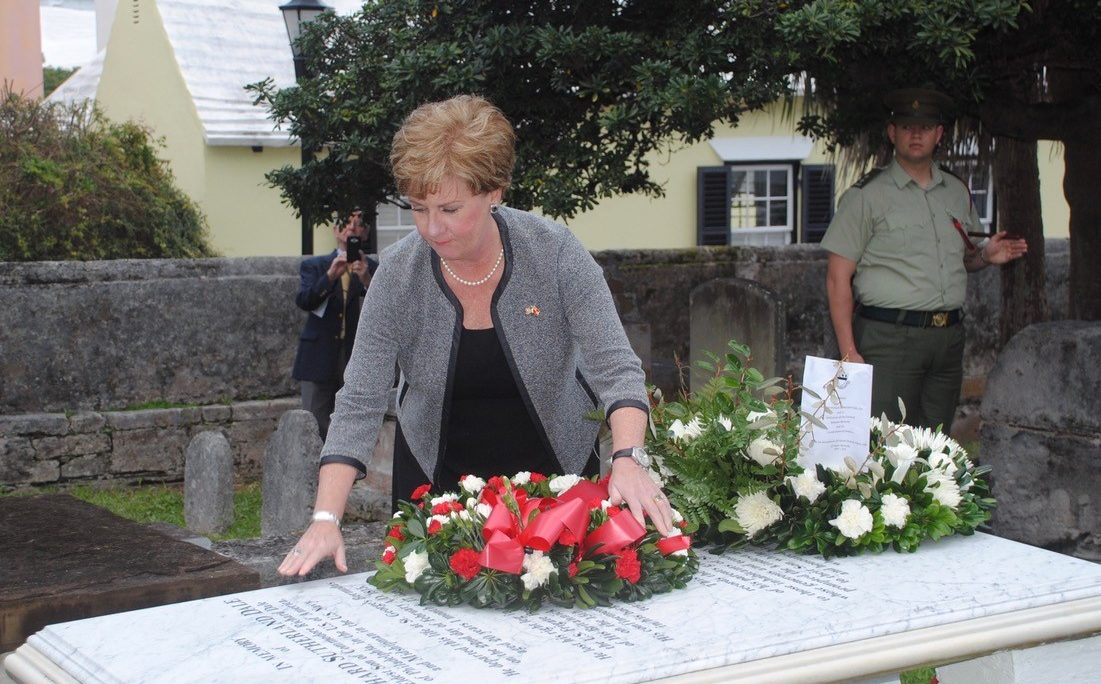 CG Dierman and the Deputy Governor unveiled a plaque presented by the Daughters of 1812, featuring names of 15 POWs who were laid to rest in Bermuda between 1812 and 1815 during the annual ceremony commemorating the legacy of Richard Dale – a U.S. Navy Midshipman who was injured in action against the Royal Navy and brought to Bermuda as a prisoner. Dale was cared for by residents of St. George’s before succumbing to his injuries in 1815.

Mary Raye Casper, President of the National Society United States Daughters of 1  812 was the keynote speaker during the memorial ceremony while the Bermuda TS Admiral Sea Cadet Corp. provided an honor guard throughout the event. The ceremony was followed by a service in St. Peter’s churchyard where the American soldiers are expected to be buried in a mass grave. The plaque was mounted on the south side of the Bank of Butterfield building near the existing plaque recognizing Richard Dale.

On February 21, CG Dierman hosted the Daughters of 1812 for a special reception at her home highlighting the special relationship between the United States and Bermuda. She thanked members for their exceptional volunteer services as well as their research and efforts to inform the Friends of St. Peter’s Church of their discovery – identifying Richard Dale and the 14 other American soldiers who were in Bermuda over 200 years ago.