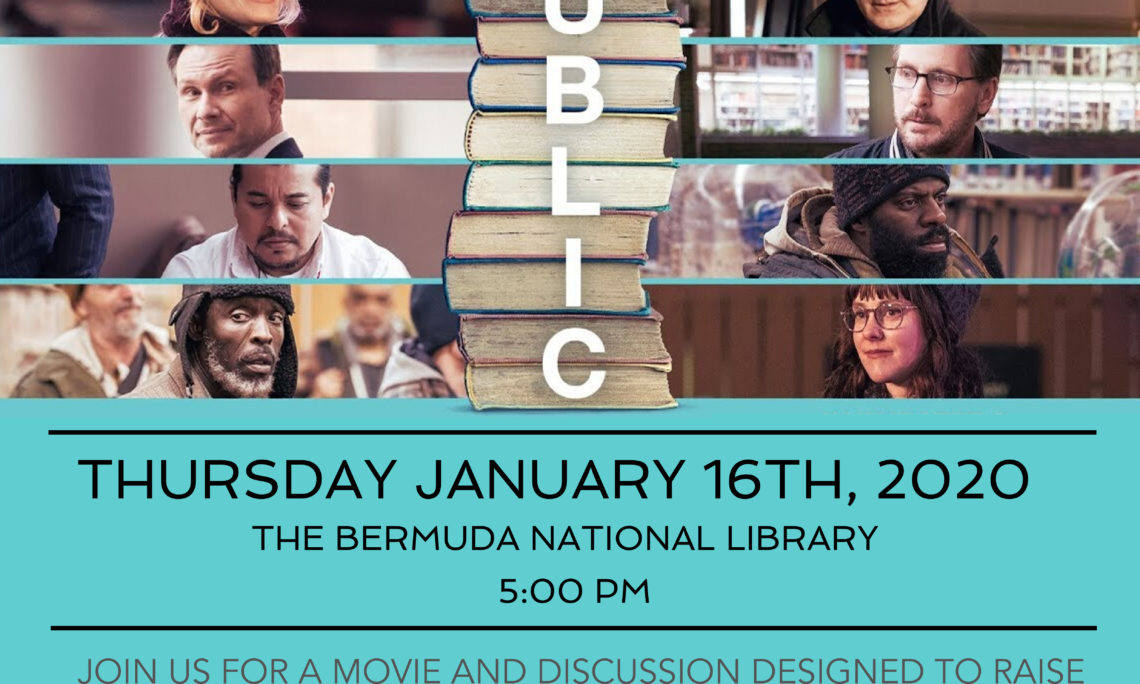 invite you to attend a special screening of

Join us for a movie, food/refreshments, and discussion about raising awareness of the plight of the homeless in Bermuda and the role public libraries play in the community.  This film, stars Emilio Estevez, Alec Baldwin, Taylor Schilling, Gabrielle Union and Michael Kenneth Williams. In the film, a group of library patrons – many who are homeless, mentally ill and marginalized – are at odds with library officials after they turn the building into a homeless shelter one night. What begins as an act of civil disobedience becomes a standoff with police and a rush-to-judgment media, speculating about what’s really happening. This David versus Goliath story tackles challenging issues, mental illness and homelessness.